What camera works best for vlogging?

Platforms like YouTube and TikTok have turned people of all ages, walks of life and interests into vloggers, culminating in an incredible 500 hours of video uploaded to YouTube, every minute.

Despite some pros choosing smartphone cameras to shoot a whole film, (kudos to Sean Baker who used three iPhone 5s to film the indie flick Tangerine), there is a whole host of features that still allow cameras to show their worth.

If you’re thinking of capturing your every day, out of the ordinary, or even just your gems of information from the comfort of your front room, here’s what you need to think about when choosing a vlogging camera. 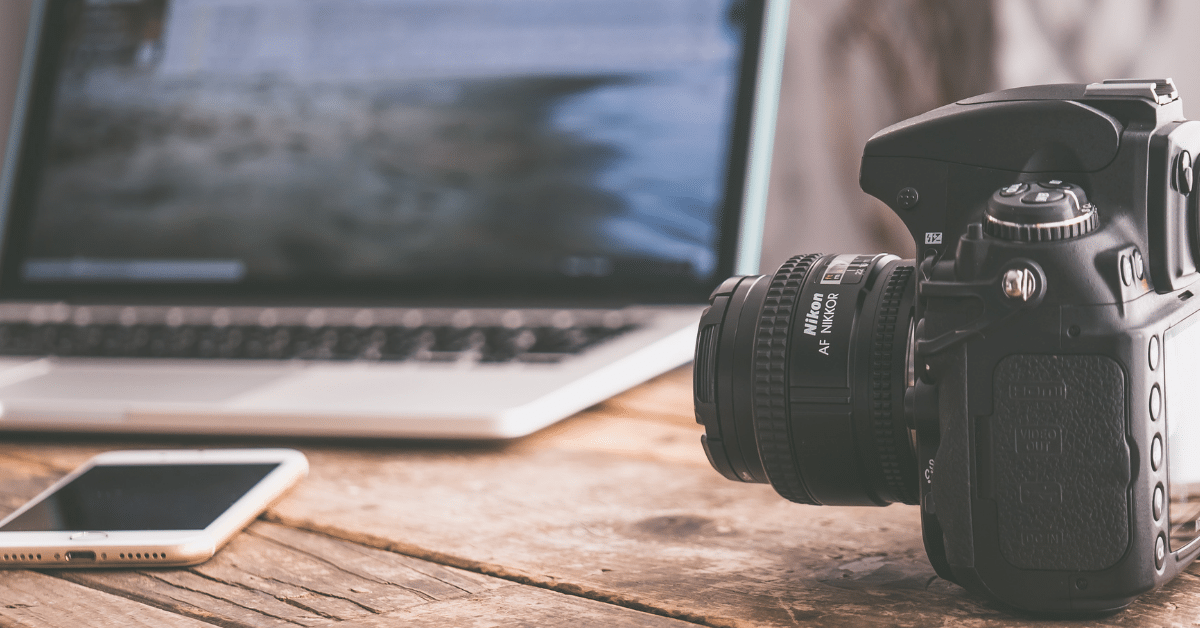 What type of vlogging cameras are out there?

First off, the kind of projects you’re looking to do will determine the best camera to see get you started. If your vlog is around scuba diving, you’ll want to think about an action camera for those below-the-surface shots while you focus on more important things like hand signals and buoyancy.

But what about when you’re up on deck, or back home and want a sharper picture to film your scuba gadgets and explain why each is a must-have?

Action cameras such as GoPros have a very wide field of vision, great for capturing underwater adventures but can make you look like you’re in a time warp for a simple talking-head video.

DSLR, point and shoot, and mirrorless cameras are all better suited for scenarios where shock and waterproof features are less important. As they don’t have the option to switch out lenses, compact point and shoot cameras are much smaller and lighter than DSLRs, meaning you’ll not have to worry about lugging them around. As these types of cameras have been around for a while, there are plenty of affordable options too – ideal if you’re just starting out.

If being able to switch out for different lenses, such as wide-angle or zoom lenses, is important to you, or you want to use your camera for other photography projects, you might consider a DSLR or mirrorless camera. We’ll not get too technical here, but as the name suggests, the absence of a mirror within the mirrorless cameras means less bulk.

This makes them a popular choice for photographers and vloggers who want a middle ground between portability and functionality. But that comes at a cost. Because DSLRs have been around for much longer, there are more deals to be had.

What functions are important for a vlogging camera?

Portability: If you’re taking the action outside and abroad, you need to think about portability and stability above all else. Building up a mega kit of gadgets and lenses is all very well, but it’s not going to do much good sitting at home as you don’t want to cart it around.

Resolution: Modern cameras come with a video function, and many offer high resolution, even higher than you might need, but better than your smartphone. A resolution of 1080 is normally enough to get your video looking sharp, and won’t take up as much space on your computer when you come to download.

Compatibility: While cameras with a video function have in-built microphones, these are not strong enough to get you heard over traffic circling in the background as you pitch your “top 5 restaurants in Budapest”. For that reason, check that the camera you’re eyeing up has an external microphone port, as you’re going to need it.

In-built features: If you’ll be looking to self-shoot a lot, then a camera with a flip screen will allow you to line yourself up on camera if out and about, much as you can do in selfie-mode.

Ok, some of these little fluffy little extras (yes including the fluffy microphone) could be considered essential. After all, subtitles are great, but you at least want to give your viewers the option of hearing the audio, which is where the external microphones come in.

Think miniature versions of those boom microphones you’d see on a film set, except these attach directly to your camera.

A tripod is a must if you want to set your camera up for the best lighting and minimum camera shake if filming at home, but if you want more stability and comfort while in location, handles and stabilizers can allow you to shoot without getting hand cramp as you twist your bigger-than-phone camera into “selfie mode”, or dip down for an upwards street-scene shot.

If you want to pull out the big guns on your shoot, a gimble allows you to move your camera around a scene in a smooth movement. Unless you’re looking for that camera shake to lend a bit of authenticity to your vlog, of course.

Action camera – We should state that other action cameras are available, but GoPro is the go-to for many action stars looking to make a masterpiece among the waves, in the air, on the slopes, and…well, pretty much anywhere. The Hero 10 model is waterproof to a depth of 33ft and helps with camera shake thanks to their advanced image stabilization feature.

Compact (point and shoot) camera – The cheap(ish) Sony’s DSC-HX99 is a popular choice among vloggers thanks to its 4K video and fast shooting. Plus, its size and image stabilization elevate this Sony model to super convenient un-put-downable status.

Mirrorless camera – The Fujifilm X-S10 mirrorless is at the higher end of the price scale and for good reason. It’s lightweight but sturdy and has advanced functions that will appeal to experienced photographers and videographers.

DSLR – Canon EOS Rebel SL3 has a microphone jack that lets you pair it up with a better microphone, and a screen you can flip around to see what you’re capturing. For a DSLR, this one is also quite lightweight, making it portable.

Need to insure your camera or video equipment?

Cameras can vary wildly in cost, but regardless of whether you pick a model that’s worth £100 or £1,000, it’s always sensible to get this insured. When you’re filming outside and abroad, you want the reassurance that if your kit gets stolen, or you leave your bag in the taxi, it’s covered by an insurance policy, so you can get back out there filming as soon as possible. And accidents can easily happen at home too, with a dropped camera potentially costing you big in repairs.

Arma Karma can protect your camera and your equipment for accidental damage, loss and theft, whether you’re at home, outside and abroad. Get a quote now to see how little you could be insuring your gear for… spoiler alert- your policy could be as little as £1.99 a month!